With the increasing use of motorways and the demand for more power, Gardners developed the LXB engine as an improvement on the LX.   The LX produced a maximum of 150bhp at 1700 rpm, the LXB produces 180bhp at 1850rpm, that’s why they are often referred to as the “180”.   There never was an 8LX engine, all are LXB.

Looking at the two engines, it can be quite tricky to distinguish between them, they look the same.  This is an important question as some LX parts are no longer available.  The ultimate difference is in the valve angles.  Like the LW engine, the LX uses 45 degree valve angles, where the LXB valve angles are 30.   But identifying valve angles involves dismantling the heads!

There are a few clues that can help:

Without these clues you are faced with dismantling the heads.

The flow chart below should help make the distinction: 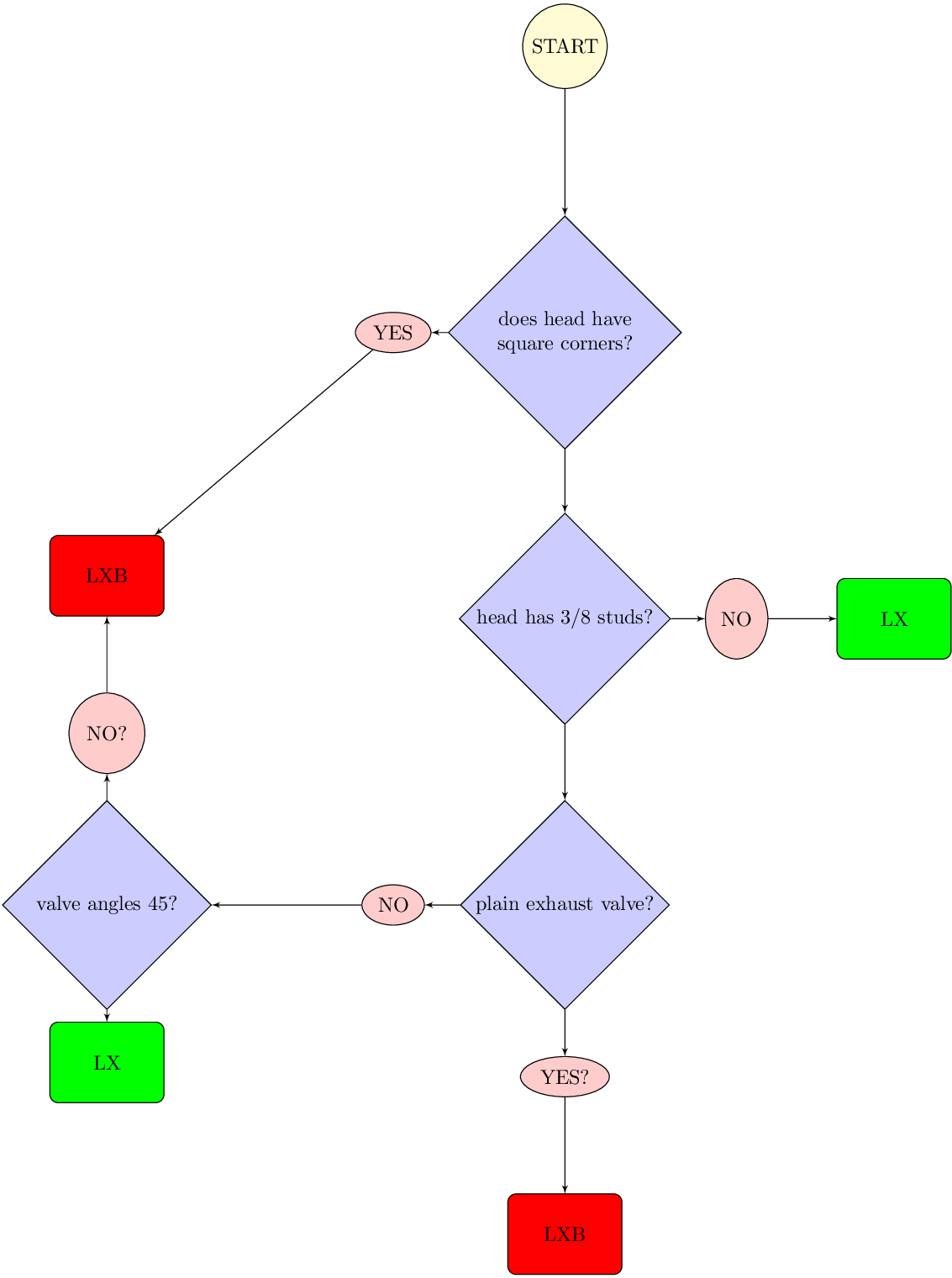